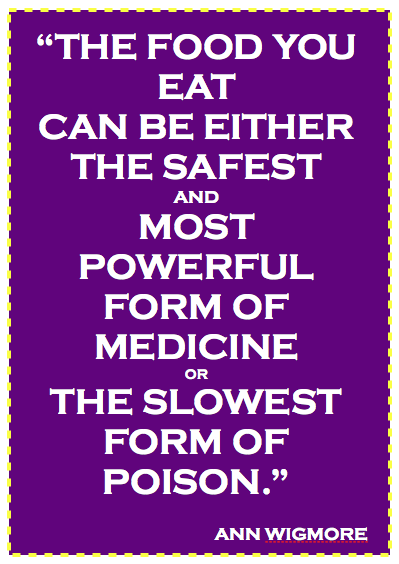 One of my goals is to be in the best shape possible by my Birthday so I can take some progress pictures.  That would be March 18th, 2019.  I will be 50.  There is something about these birthdays where the first number and last number both change.  I mean ten was probably where I first became aware of abstract thought and started to find girls far more interesting.  Twenty I went from being single to married and started my first round of college.  Thirty was a year where I became ordained as a minster and became pastor of my first church.  Forty was the year I started my last church.  Now I approach fifty and it truly is a milestone.

I will be finished with school and very close to the end of my internship.  I will be hopefully starting a new career with a new job.  2019 is truly going to not just be a new chapter in my life but in truth a whole new part to the story. I want part of that to be able to stand naked in front of the mirror on March 18th, 2019 and say: ‘Damn Ed, you look really good for fifty.”

The biggest part of that happening is going to involve nutrition.  I lift weights and walk/hike and that is important, but it is nutrition that not only gets results but allows you to keep them.  It is about lifestyle choice that leads to a better life, not just a better body.

Philosophically, I know that plans that involve meal planning, counting calories and points do not work for me.  I have said it before I do the best when I can control what I eat and when I eat it.  What has worked so far is a combination of Paleo and Intermittent Fasting.  The issue right now is to train myself to make that even more discipline and tighter as I get closer to my birthday.  After that finding a basic patterns that works and keeps working will be the goal. The details of this plan will be below in nutrition section but my basic idea is to slowly drop the number of carbs sources I can eat a day and the number of cheat meals a week. The four weeks leading up to my birthday both of these will be very low; if they exist at all.

Couple this with intermittent fasting and you get a powerful combo that so far has dropped my weight probably fifty pounds since May.  I don’t really go by weight though as my basic test of how I feel and look to me is the naked in front of the mirror test.  If I can look in the mirror and feel proud of what I have accomplished and my wife is giving me bedroom eyes, then I will have considered it a breakthrough.  Then it will be about maintaining it into the future.

“Discipline is the willingness to be hard on oneself first and then if needed help with the development with others, so that greater purposes may be achieved.”

Principle: Apply discipline to every aspect of life that it can be applied.

Nutrition is simply one of those areas I am trying to apply more discipline.  To be harder on myself, so greater things can be achieved.  My homework and study time right now is tight with this as well, but I take comfort in the fact there is less than three weeks to go and the last half of December is pretty much going to be chill time.  I will still be working in retail, so it won’t be completely relaxing until after January 1st.  I just won’t have three major things to work on, just two. I will probably use the extra time to start disciplining myself toward attaining some other things on my list of goals and the bucket list.

Principle: Keep getting up after every defeat or failure.

Shit.  I look back at 2018 and marvel how many times I was knocked down and got up.  I am not talking simple knockdowns either but full on flat on your ass knockdowns where you slide from the force of the blow for twenty feet.  Where you lay there gasping for breath wondering if you are going to live knockdowns.  I got up from all of them and I still am shaking my head about it.

Principle: Be loyal to those who have been loyal to me.

I think the biggest realization I have had this week is how much I now distrust people when they say they are my friend or want to be my friend.  I can tell I am still skeptical of this. Only people who proved my friend during this year do I seem to trust without question, and even then I wonder very slightly from time to time.

I really do need a new small local circle from a social point of view, but like I told the counselor on Tuesday, I probably will have to look at my new career to find those people. My hope for starting a new support group of some kind might be an avenue as well.  The one thing I don’t trust is old wells that have no water – the church or friends who disappeared when things got tough.

At the same time, I kind of marvel at my wife’s forgiveness and loyalty to me.  She has no reason to be. None.  I guess she loves me.  I probably should follow her example and give some people a second chance.  Some, but not all that’s for damn sure. Being led astray by others about me is one thing.  Being a person who straight up abused my trust and betrayed me is another.

This week has been more about school than anything else.  What this has done is limited trips to the gym and school oddly as class has not been something I need to attend on a couple of occasions. Walking and lifting will not reach their goals this week as I am hitting the books instead.

The gym situation is coming to a head as I will no longer need to travel to the city where my gym currently is as often.  Plus, it looks very much like my gym will close soon.  That means changing gyms closer to where I work now. Once that happens, training will take on more importance.

Paleo Diet means I avoid carb sources of foods like the plague.  I have pretty much eliminated pasta.  What I need to do is slowly wean myself off them pretty much altogether.  Part of this is re-educating myself on what I can eat and eating more of it.

The intermittent fasting basically will go like this.  I eat breakfast then fast until eight hours later, then I can eat until I go to bed. At first this will be weeks that start with an even-numbered Sundays.  Four weeks out from March 18th, 2019 it will be all the time.

The two things that will be added are a weekly check list of cheat meals where when I have one I check one cheat meal off and when I have used them all for the week, I can’t do any more.  The other thing I will add is a daily carb food source check list.  I want to basically start shrinking both down every week or two.  The goal the last month is to have no carbs at all daily and one cheat meal per week.

February 17th – March 18th – Cheat Meals: 0 (special occasions only), Daily Non-Paleo Foods: 0 – I will actually extend this out for the rest of the week but the goal is my birthday which is a Monday.

Of course extra cheat meals are allowed for special occasions:  Birthdays and holidays.

Foundational – I don’t feel to bad in this area.  I did come to the conclusion this week that I will feel a great deal better as far as Courage, Honor and Truth once my degree is finished.  Still work to do, but I feel much better.

Business – Things are coming to a head, graduation, internship and new job search,  I have a feeling my hard work is going to start paying off. Prosperity with purpose is getting closer.

Self – I feel the best about this area. Have for a long time.  This week particularly.