While not surprising to me, the US Supreme Court decided to refuse to hear the case brought by two women from New Hampshire.  The Court basically decided not to hear the case.  The story from Reuters is below:

Why am I not surprised?  Because the court is conservative and there is no way that they want to go on record as having to do something very obvious to most people from a plain reading of the 14th Amendment.  If you have a rule that tells a woman she cannot do something a man can do freely, then it is sexual discrimination.

The best thing for a conservative court with many of its members appointed by conservative presidents to do is to avoid the whole issue.  So that is what they did.  And it shows how the court, while in many ways has always been political, is even more political. The issue for most court members is legacy, not justice and it shows particularly when they don’t take cases of obvious implications for the constitution and the bill of rights. Most notably to me, the court could define 2nd amendment rights for the nation as a whole and in this case, would start to allow women to do what men have been allowed to do for years which is take off their shirt and bare the chest on hot summer days or whenever they wish.

This case involved two women who did a normal activity on a hot summer day and were fined 100$ for it each.  The simple question of whether a man would be fined the same way is an obvious ‘no’.  It is clear sexism that was justified by ‘traditional understandings of nudity”.  One thing is clear though that men and women can do the same activity but one of them is fined and the other is not.  That is sexism no matter how hard you try to make it something else.

Probably the most disappointing thing is the fact this case came from one of the most libertarian states in the union – Hew Hampshire.  That’s right “Live Free or Die”.  Except, in this case, freedom doesn’t extend to women as much as men and it has been noted. Sorry, a little hypocrisy there as tradition apparently trumps freedom. 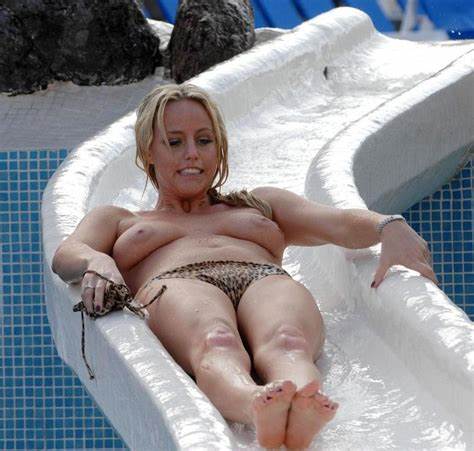 What needs to happen is that women have full equal rights in this issue.  The issue of toplessness in public should not be made by government, nor men, but each individual woman involved.  This is really a female choice issue.  It also has an interest in the growing trans community because what constitutes male and female is getting blurry and so the best thing to do is have a uniform standard of ‘if a person for ant reason is allowed to go topless here, then all people are allowed to go topless’.

From a sexualization point of view, as the idea of men going topless becomes more normal, sexualization of female breasts, much like legs, backsides and other aspects that have been normalized.  We will become as used to it as we have to those others. Not to say that those attracted to the female form such as my heterosexual male self won’t take note and admire, but I already do that with the rest of the female body as it is. I do find women’s breasts attractive and in some regard ‘magical’.

Biology has kept us being attracted to each other’s physical bodies regardless of dress.  Ultimately this has led to our survival as a species.  Every picture I have used in this article is women doing some of the same activities a man can do while topless.  Only if they do it in some states – they get fined or jailed. I could have easily substituted men in all of these pictures and no one would bat an eye as this is acceptable culturally for men.  But somehow it becomes morally wrong if a woman does it. Yeah, right.

The women of New Hampshire are now left with the arduous task of changing the laws of their home state.   A process that will take time and should be unnecessary given the plain wording of the 14th amendment: A liberty is being denied to women and given only to men. So much for equal protection under the law and the US Supreme Court is too political and thus to cowardly to correct it.