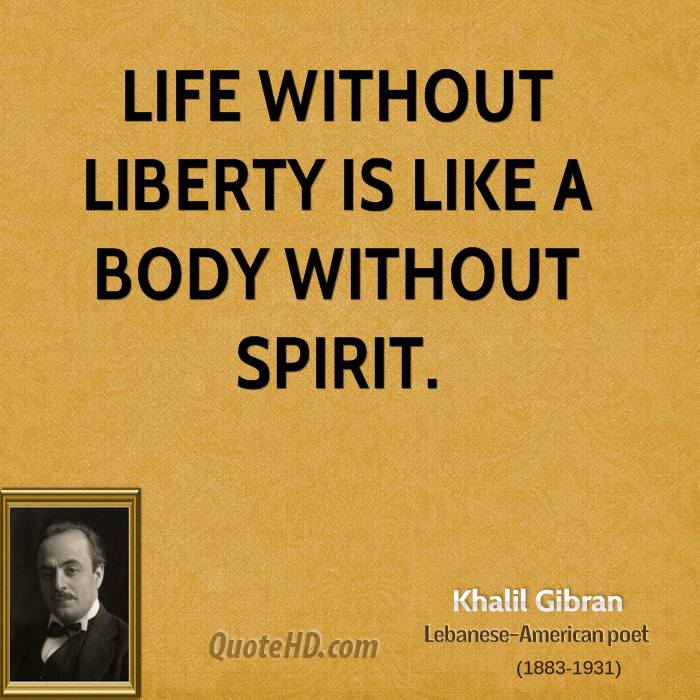 “Everyone has the Right to Liberty” – The Book of Rabyd 1:3

Liberty.  It is an easy word to say and it is easy to demand it for yourself.  It becomes quite another matter to give liberty to others.  The great problem with humans is that we objectify others and nearly all methods of objectification involve this notion that people should live a certain way, or do certain things, and if they don’t then they just are wrong and we should make them.

I would submit the moment you are trying to use force, threat of force or fraud to make another person or group of people conform to your vision of morality, behavior or ethics; you demonstrate you do not understand the word liberty. Liberty isn’t just about you being able to live the way you desire, it is about letting others do so too.

This is the thing about calling certain things ‘inalienable rights’.  This means that if you want your right to something inalienable, you have to respect it in others. The other thing is there is more than one inalienable right – you also have life and the pursuit of happiness.  No use of your liberty can deter then from another person’s rights to life, liberty and the pursuit of happiness.

This has some pretty astounding implication which I will get into later in The Book of Rabyd, but for now note that liberty allows you to do what you want to do as long as it does not interfere in the rights of others. That means you have to think a little bit about things before you act.  There is no just ‘do what you want and damn the consequences’ with genuine liberty. Liberty demands the notion of ‘love your neighbor as yourself’.

On the flip side though, if a person is going to tell me I am interfering with their rights, they better bring proof or show me based on reason how I am dong so.  If they can’t do so, then they are simply attempting to diminish my right to choosing my own path, which should be considered as just as evil a crime as trying to take my life.  People use all kinds of forces from philosophy, to religion to a straight up desire to control others to justify interfering with people’s liberty.  Any such use of these things should not be allowed.

If there is any legacy I want to leave to my children, grandchildren and all the generations to follow at this point; it is I hope they truly consider the blessings of liberty.  Not just for themselves but there is also a blessing in letting others be free.  From freeing oneself from the terrible desire to control the behavior of others.   If I were ever get around to creating a family motto, it will certainly have the Latin word: ‘Libertas‘ in it. It is that important; just as much the inalienable right as life.

Liberty often requires that you don’t do things to please others, you do what is right for you, and recognizing that sometimes others are just being self-righteous, sanctimonious pricks.  The message is about respect of others’ right to liberty as much as respecting your own.  But sometimes it isn’t about that – it’s about trying to maintain your own liberty in the face of those who would take it away though cultural and political rules that they want to impose on you. Sometimes the fight for liberty is simply a matter of telling such rules and those who impose the to ‘go to hell’.  You have the right also to pursuit what makes you happy. 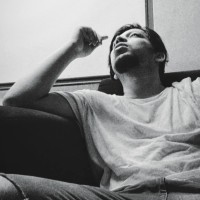