Referring to the cartoon above: it should be noted that sticking a man’s wifi antenna into a woman USB port is dangerous in many ways.

Now as a guy with a political science degree, I had to sit in on a lot of classes that involved a discussion of gender roles, patriarchy, women’s issues, equality, etc. I am going to tell you upfront that none of it takes into account hard science like biology and neurology.  The closest I got to that in my studies were two classes – social psychology where the female instructor was honest in demonstrating how men and women are treated differently by society in certain situations and noted that it was not always good for the guy.  This video is pretty interesting and reflects this:

The other class was genetics where the female instructor basically said – the XX and XY chromosome combination makes a world of difference in everything about a person.  Simple genetic truth.  Boys and girls are different and they demonstrate this in everything scientific that science can measure and some differences are evident right from birth.  Another Video, definitely worth a watch as this woman did her homework:

When it comes to gender, I am going to say part of it is nature in that we are male and female and part of it is societal expectations. You might say gender is where the hard wiring of our sex meets societal expectations.  It is a mixed bag of our differences as expressed by our sex gets mashed together with society’s expectations. That is why some see it as fluid but others may see it as masculine and feminine having multiple ways to express themselves. I fall on the side of the second option.  I have simply never found a compelling argument that gender was more than male or female and certainly not that it could be fluid.

In any case, I have noticed that while feminists bitch about equality, I don’t see them encouraging women to become sewer workers, coal miners or any other dirty job.  They want the social construct version to bitch when it comes to the CEO professional office job, but then cling to their own gender’s nature and avoid the dirty nasty jobs that if men stopped doing would dramatically have a negative impact on life. The feminists when it comes to gender as social constructs seem to have a selective compliant switch and seem to prefer their gender over the alternative.

This is why I stopped supporting them after the third wave of feminism began and became pure egalitarian.  Things are not always right for men and how they are treated in this mix of nature and society and I should not be browbeaten to silence because I point it out.

In the United States the draft, child custody, men’s mental health. longer sentences for the same crime. and the lack of a support structure with any semblance of equality compared to women in the areas of abuse and health are just the tip of the iceberg. There is simply a lot of issues where one sex or the other is being shafted and you don’t do anything but show your sexism when you want to point out yours at the exclusion of the other side.

Gender roles and expectations of society are purely social constructs and form in my mind a form of tribalism which I think needs to be regularly challenged.  In my country, this traditional gender role thing started a long time ago and probably saw its height in the 1940s and 1950s. I am glad they have been challenged but interestingly enough some women prefer their traditional role and so do some men.  If this is truly and genuinely their free choice, then they shouldn’t be condemned for it.  The real problem with gender roles is not that they exist, but when they are forced or people are shamed into doing them.

Once again I come back to the power of liberty.  Of letting people chose for themselves what role they want to play in society as being the only fair way to do things. Society needs to stop imposing and start granting liberty.  No opportunity should be denied, but don’t be surprised when sexual preferences as far as a role are seen in people’s choices.  Don’t yell if a woman freely chooses to forgo a career to have children and raise them so her husband has to go and work to support them.  If it is their free choice, that’s their business. On the flip side if a man decided to be the one to stay home and raise the kids because his wife has a better job, don’t call him a lazy deadbeat either.  Let people define themselves and this includes their role in society and how their sex/gender expresses itself in that role. 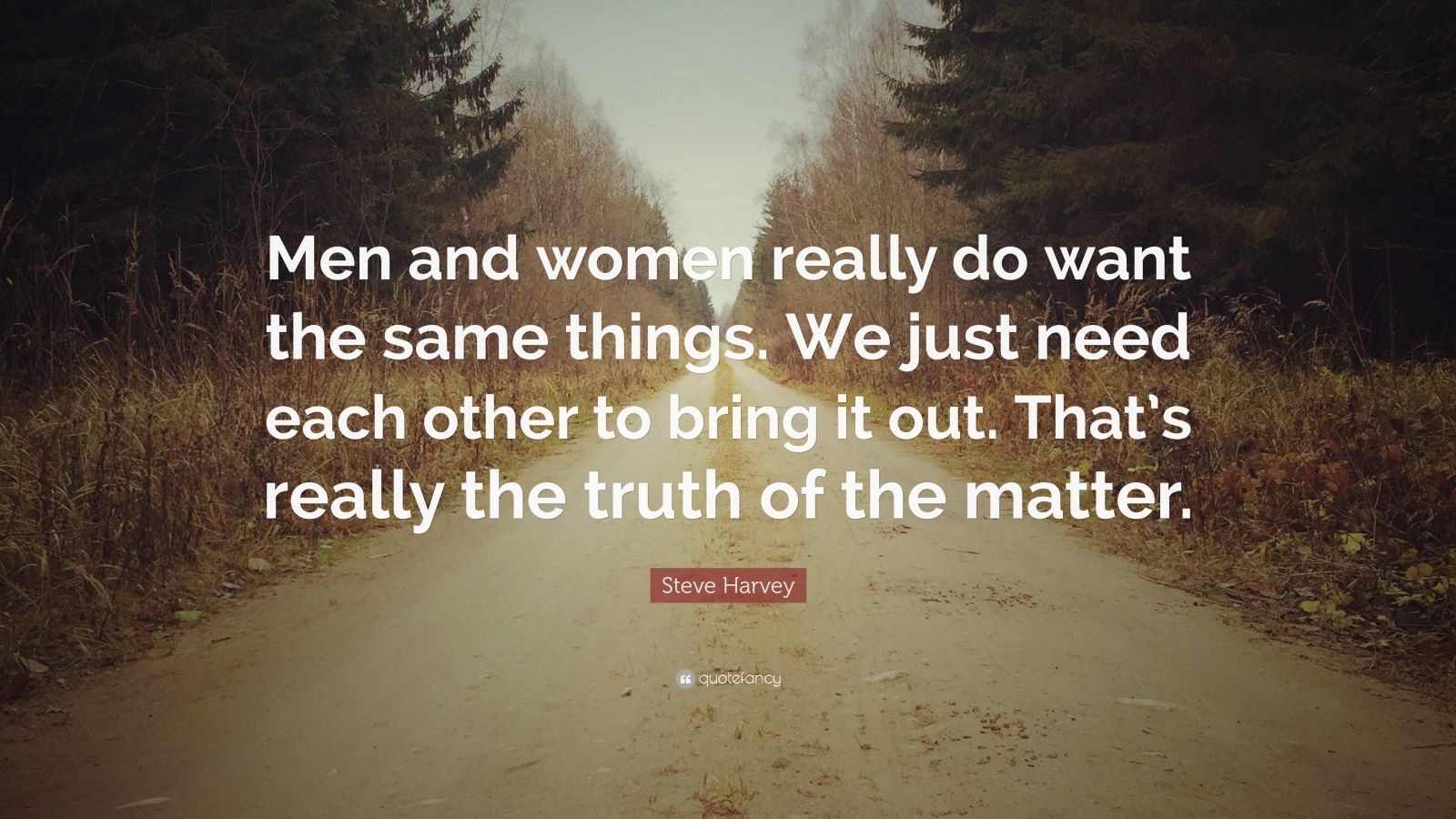 Probably the best thing we can do is let people own their own role as far as sex and gender and follow our own desires as far as our own.  Own your role, not someone else’s. Take it on as an individual, not as a collective group. In the end, we do want similar things and we need each other to have that happen. But we are not going to get what we want by forcing roles on others or denying the natural propensities of our own sex.  Both are avoiding reality.  What really is needed is just letting each of us be free to pursue what we want.  Liberty is always a better answer than control or dogmatic expectations.