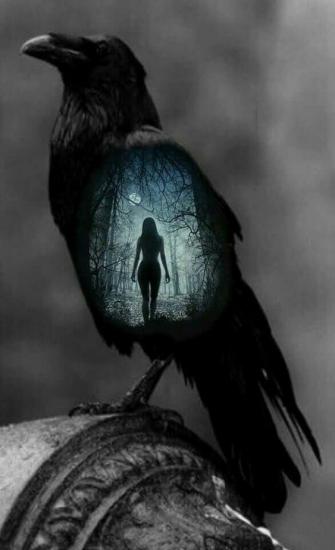 As a Christian theologian I wrote on the subject of human nudity a lot.  You can still read most of it at All Things Rabyd under the page titled God and Nudity.  Through all that, I developed some interesting friends in the nudist community.  I discovered that the term ‘Christian nudist’ is not actually an oxymoron.  I see recently the Sky Clad Therapist among my recent followers.  He is someone I have had a long association with on WordPress through the years on this subject.

Back in the Christian days, I spent a lot of time a Biblical scholar and theologian trying to come to grips with nudity from a Christian perspective. I went through the entire Bible and came to some controversial conclusions.  Some of the more thought provoking ones were that God’s view of nudity is that it was good, that the Bible makes no distinction about women’s breasts as being sinful and that if we were to follow the gospel’s implications to their logical conclusions, then we should return to our original state if all sin has been removed by Christ – ‘naked and unashamed’.

Practically of course, one cannot act on such conclusions either as a Christian in Western society or particularly as a minister.  Now that I am neither, I face some thoughts on this matter because the only thing really now is the social mores of our culture and the decency laws.  I say this because personally I have been just as comfortable in my skin as I am in my clothes and have been that way most of my life. The question now is does my departure from Christianity change my perspective on nudism?  On to the Wolves and Ravens.

Geri (Need): Do we have a need to be naked?  I think we do.  Practically I know for a biological fact our skin functions in its job better when exposed to the open air.  From vitamin D production to simply not developing the fungus on our bodies that comes from sweat and oil being trapped next to our skin by our clothing, I would say there is good evidence being naked for some frames of time leads to better health.  Psychologically, I have to say there is something relaxing about it.  I know what others have told me social nudity has allowed them to have a better positive body image, better understanding of the equality of human beings and other benefits. So perhaps our minds, hearts and bodies do have a need for it.

Freki (Want):  Do people want to be naked? Honestly there are surely those that do.  The question is what of the rest of people who have social mores about it and don’t ‘want to see that.’  The point is though there are some of us who like to be sky-clad from time to time and I don’t think this can be labeled as inherently bad depending on the motivation.  From and intimacy standpoint, nudity with lovers is desired and I can’t say that is inherently bad either.  The issue is motivation and what the nudity is being used for.  But even the uses of nude photography and art have their want aspects that requires looking at motivation. To want to be naked in and of itself – no problem.  If there is a purpose attached then the moral question shifts to whether the want is beneficial or detrimental to self or society.

Huginn (Reason): If I apply straight reason to nudism and nakedness, I really can’t say there is any reasonable detriment to either self or society.  You can’t make a positive statement that a person’s nudity causes harm in and of itself. If a woman strips her clothes off in a crowded room, no one can claim that action or her nudity harms anything other than their sensibilities.  The only reason to be applied to such action is that because some do not have such a view, it might bring harm to her because some would be offended at take action against her – physical or societal.  Reason should tell the nudist, to be wary of the laws of the land and what society thinks to avoid consequences. But no reasonable inquiry can find that nudity in and of itself harms anyone.

Muninn (Wisdom): Wisdom says that there are certain societal issues that, while it is not reasonable to have moral objections to them, people do not act on reason. Probably some of the most noteworthy of such issues are marriage and sex.  Certainly in this category is nudism.  Nudity generates a varied response.  Those that want to fulfill their need and desire to be nudists need to exercise a lot of caution and wisdom.  Privacy and finding private places is a good start with this. If there is a need for social nudity, finding places dedicated to such activity is probably a better bet than fighting laws.

I am not saying to not educate and try to find a way to more rational laws.  I think for instance the topfree movement is a good movement.  What I am saying is you better ask yourself if your activism is worth the money in fines or time in jail. There is also the question of family to consider.  As much as individual practice is at the forefront, your spouse may not be of the same mind or the rest of your family.  Nudists simply have to accept the fact that not everyone can separate nudity from sexuality.

Conclusion:  Personally, I am not an open practitioner of nudism. It is part of my life but I do so privately, when no one else is around. It is part of my morning routine from the time I get up; through meditation, stretching, breakfast and my shower. I sleep naked and have for decades.  I don’t really have any rational objection to it anymore, nor do I appeal to any authority other than reason and wisdom.  I keep my practice private and to myself. I find it liberating, comforting and spiritually uplifting as a spiritual discipline.

I think that is probably the way most nudism is practiced in western society.  People being comfortable in the privacy of their own homes.  To be honest, we should respect that and it’s none of our concern most of the time.  For the nudist, I would say that it’s OK to be one, but listen to the ravens.  Use your reason and wisdom as you exercise your needs and wants.