The question always is leveled at atheists – “if there is no god why should a person be moral?”  The question could be leveled back – “How moral can a person really be if they need a cosmic big brother to be moral all the time?”   But that is hardly answering the question.  The question assumes that morality derives from the divine or religion and to be honest there is a lot of evidence to counter this.  Most notably, that certain virtues and moral ideas occur universally in every religion and some religions might be better at extolling certain virtues but most virtues find themselves expressed in every form of religion and spirituality I know.  That is far more evidence of a human origin to virtue that religion has copied and persevered than morality came from religion.

For me, this is still evident in the fact that despite my ‘conversion’ to an atheist, I am still a follower of the Nine Noble Virtues (NNV) of Asatru because I can recognize the universal value of these virtues regardless of their religious/spiritual connection.  It has been said that religion was our first and worst attempt at coming up with answers to the great questions of life. If there is something good that came out of it, it is this recognition of universal values and virtues that humanity shares. So yes, I will continue to follow the NNV and write about them and make them a core of my philosophy. It isn’t about the spiritual side at all of being someone who practices modern Norse religion.  Rather it is about being the best human being I can be.   I still will draw inspiration that is very human from the stories of Norse mythology and the community that enjoys them. That is not the issue because ultimately it is about achieving what I need and want through being reasonable and wise.

When I first started this blog I had a couple desires.  One of them was to determine what I needed as far as having a code that would allow me to operate without the totalitarianism of Chrisitan ethics.  I needed a code of life and the Nine Nobel Virtues entered my life as I searched through the warrior codes and the Asatru code of the NNV resonated with me the best.  It fit what I needed at the time and still fits that need today.

What I wanted out fo a code was things that made my life better, notably at the time -stability of philosophy.  I wanted something that would lead me as a person to being better and to have a better and more prosperous life.  Once agian the NNV filled that role rather well and still does.

Atheism changes nothing other than I am not looking at Asatru as faith or spiritual form I live and practice but rather I practice Asatru because it leads me, much like many atheists who still participate in a religious community, to a sense rational morality within the framework of a community.  Rational moral virtue is my goal now and the NNV with a few small modifications will still provide that for me. The one thing that cannot be said is that atheism leads to a lack of morality because evidence shows the contrary. 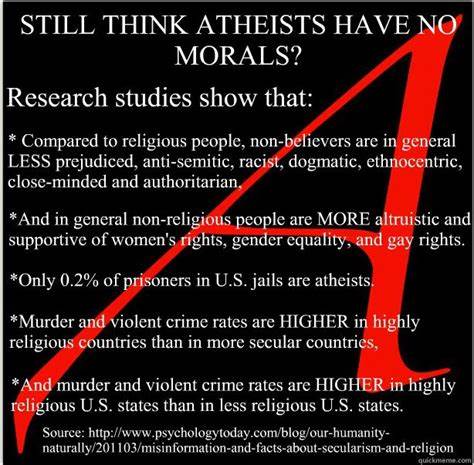 The wisdom of the NNV still finds itself with me as I continue to have the overall thought that Marcus Aurelius which has stayed with me.

Itis this wisdom that will keep me following the NNV regardless of my spiritual thoughts or belief in the divine. It is simply a wise thing to do.

The Nine Nobel Virtues are one part of many things in religion that can be compatible with both my humanism and my atheism.  Yes, religion was our first and worst attempt at understanding life and the universe, but even a blind hog roots up a truffle now and then.  But it is my humanity and my reason that recognizes when religion has simply preserved something good from what humanity has created from itself.