I have been listening to this one a lot this week.  It kind of goes along with the theme this week, so I will keep the commentary about it until the Sermon. 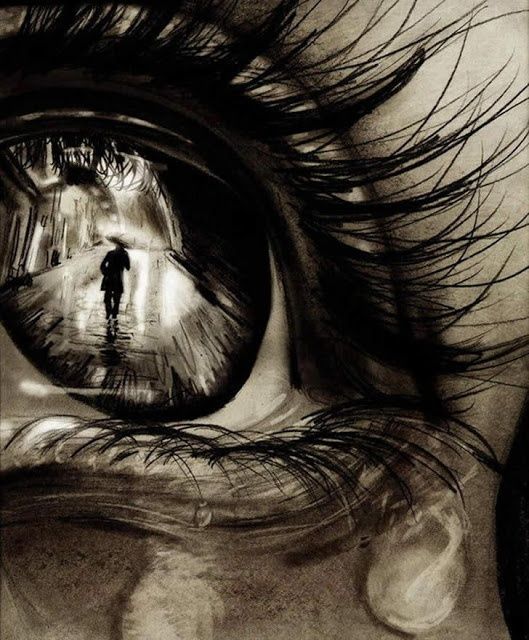 “My Soul Has Eyes”

The Mirror to the Soul

So they are called.

I can’t see my own

unless I look in the mirror.

I wonder what part of my soul people see?

The part of my soul that is tired and depressed

The part of my soul that has regrets

The part of my soul that is black and dark

or the part that shines in hope and love.

I wish I knew what people see in my eyes

What part of my soul is laid bare.

I must confess my writing of poetry is bitter sweet.  It enjoy it on the one hand because it allows me to express feelings in words that normal writing doesn’t do.  I need that from time to time.  On the other hand the memories of the person associated with me learning to write poems better and understand them better comes up every time I do it, and that just makes me sad.  I guess it’s something I just live with, because I can’t seem to stop writing them from time to time.  Sometimes its the only thing that works.

I post a lot of memes and sayings on Facebook.  Just so everyone knows, the Meditation for the week usually comes from one of them I posted that past week.  It’s the one that meant the most to me.

The story associated with this song for me is that I was standing in a convenience store a little after my wife and I started reconciling.  This song came on and the guy behind the counter was singing it.  I joined in; which is not something I normally do.  The guy behind the counter stopped to listen to me and asked if the song meant something to me.  I told him until that moment, no.  But now it did.  Not only did it reflect at the time the new feelings of love I had for my wife but there was a very human moment there with that guy.  Humanity didn’t seem all that bad to me at that time.

Young was I once, I walked alone,
and bewildered seemed in the way;
then I found me another and rich I thought me,
for man is the joy of man.

It is really hard to be objective about the nature of humanity.  Most of us think humans as a rule are not the greatest thing to ever happen to us.  Some people I imagine love people, but there are a good chunk of us that have problems with humanity.  Some of us, like in the video of Disturbed’s song ‘Voices’, have our fantasies about getting back at the bullies, getting revenge on the girl who dumped us or tying up a difficult boss.  It truly is freaky shit that we think of sometimes isn’t it when it comes to how we would like to respond toward some people’s actions toward us.  The voices are pretty convincing that even we are not all that great.

If we were honest though, most of the people in our lives are a lot like us.  Just trying to make their way in the world and do the best they can.  Very few people in our lives actually deliberately try to make our lives miserable.  There are a few, I will acknowledge that, but for most part, people seem decent enough.

I think this is more evident if you have ever been lost alone away from people for a while or wonder if you can find your way back to them.  I have had this experience at least twice.  It is an intense relief when you actually find another person.  I get what Odin is saying in Havamal 47.  Like it or not we need our fellow humans and very few of us are misanthropes.

In fact, I would argue that many times at our lowest point it has been someone else who helped us out of it.  Some person who saw us in our suffering and actually stopped to help, or as we wandered we ran into someone who inspired us. I would say our positive encounters with humans actually probably outweigh our negative ones.

At the very least we become like the guy in the Disturbed video of ‘Voices’.  We drop our anger and desire for vengeance and simply walk off to the mosh pit and try to find a more human ‘loving’ way to get rid of our anger. Perhaps that is the greatest testimony to humanities goodness after all – that we choose to find another way that is constructive.  Very few of us actually act on the voices.

A little Halloween Humor to send you off today.  Enjoy the Week and Happy Halloween!!!