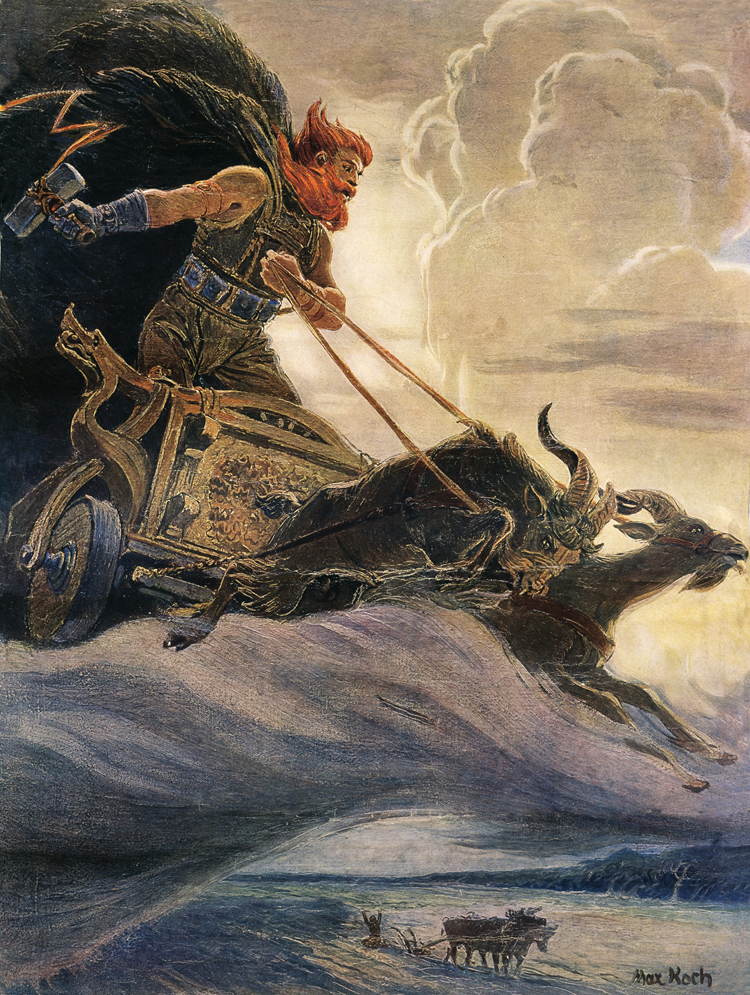 If there is one change in my life that is true, respect is now earned. I don’t just give it to anyone and I don’t care if you are in authority or power, you have to earn it by your character, not because you demand it.

Odin might be king of the gods of Norse mythology, but Thor is definitely the favorite son of Asgard.  Odin was a favorite of rulers and sages, but Thor is the god of the common man and warrior.  He is the bringer of rain and his voice thunders like the thunder he controls.  There is probably no more famous weapon in Norse mythology than Mjolnir his hammer which is considered the most important weapon that will be used in the defense of Asgard.

In mythology, Thor is a red-bearded powerful man who can drink, fight and eat better than anyone.  He often travels with Loki and they have several adventures together.  His cart is pulled by two goats, which can be eaten each night and if all their bones recovered can be resurrected the next day.  He is today and back then the most popular of the Norse deities.

Heathens, followers of Asatru and many others can be seen wearing the hammer of Thor. This hammer to many represents the heathen faith. To the modern heathen, he represents strength, courage, and life as the giver of rain and healing.  He is often invoked in oaths because unlike Odin, only his enemies need to fear him.  Prayers to him are often for rain and strength.

For me, you will find me wearing one of my two thor’s hammers pendants on a chain around my neck every Thor’s Day as a gesture of respect to all heathens and pagans.  I like Thor and his stories are some of the most inspiring and entertaining. He interaciton with Loki very humorous at times.  For those looking for an example of courage in th face of tremendous challenges, look no further than Thor.