Come on in and live a little.  Take a break from the real world.

Poem:  “Live a Little” by ACSK 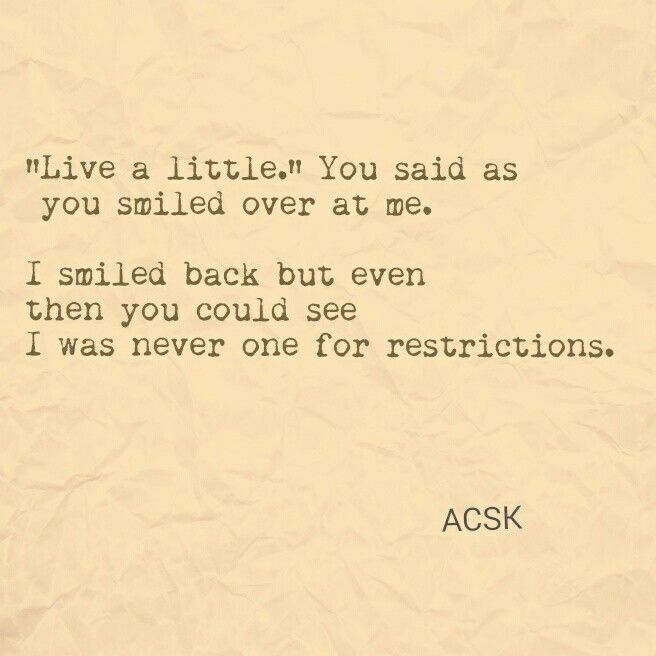 A friend of mine posted this quote a couple of days ago.  It resonated with me a lot.  If it does for you as well bonus.  Mostly if people always are interpreting what you do negatively, that is probably more of a reflection on them than you.

Thought I would prep with this one as it has become a recent Disturbed favorite of mine.  This one was also performed a few years ago right down the road from me; so, I have to say that has its appeal too.

I am going to state it plainly that verses 2 through 4 are a rip off from Thomas Jefferson and the Declaration of Independence. But the right to life is still a very hot button topic in this world today and I am not going to skirt around it, but before I begin I would remind people who there are three of these major rights and not one is more important than the other. They have to be kept in balance because they are all ‘inalienable’ so not one of them can be more important than the other. The right to life is simply the first one.

At this point I want to point out that I am making an assumption here in the source of rights. There are actually many schools of thought about where rights come from; or if we even have them at all, but the assumption made by most of the founding fathers was that rights were natural, given by the creator. We will run with that for the purposes of the Book of Rabyd.

The main issue is that everyone has the right to live and that no one has the right to take another life.  There are of course all kinds of issues here from capital punishment to abortion, but we need to remember that this right has value.  That values need to be considered when looking at those issues.  If a person murders someone, then they have denied another’s right to live and I would say also forfeited their own.  Our right to live is conditional on the one factor, that we respect everyone else’s right to live.   Once we fail to do that we forfeit that right.

The other issue is the very simple.  When does life begin and when does it end?  It is this issue along with the other issues of the other two inalienable rights that need to be considered when considering issues such as capital punishment or abortion. The main issue for me has always been to respect the lives of others and that they respect mine.  Given that, I expect people to let me live that life as I wish to live in liberty and I will do the same for them.  But that is a discussion for next week

One Last Skaal before we go – Classic Sammy.  There is a guy who knows how to live a little.

If your going to live, you need to let others live too. To do that you need to drop controlling bullshit philosophies – like religion, political affiliation and tribalism.