I will probably do a closer look at Valhalla in the future when I consider things of the Norse World but right now I want to deal with the issue of the afterlife, because it probably had one of the greater effects on the Norse mind than many other things. The notion that any culture has about the afterlife often affects how that culture interacts with others and how the people act in the face of death.

It is a pretty simple notion really, if a Viking faced his death bravely and died in battle, then the Valkyrie would come and take his soul to Valhalla.  Valhalla was a place of Viking pleasure.  Read into that, a place where one would know the glory of battle each day and at the end of it, one would sit down to mead, a feast with Odin, and beautiful women to bed as night fell. Although Valhalla is not limited to the men as brave women found their way too.

The question of what effect this would have on a society’s mindset is something to consider. The Vikings were certainly innovators in technology in the longship and navigation at sea.  They could have turned those innovations to peaceful trade exclusively, if they had wished.  They didn’t do that.  Instead they would often raid a country first to demonstrate power and have Vikings who needed land take it. Then they would negotiate trade deals that had the force of negotiating from a position of strength.  Part of that is the notion of Valhalla that the warriors would take into battle. They were either gong to gain great glory in death, or a very comfortable life after victory. Pretty good motivation for Viking  leaders and ship captains to get new crew members. 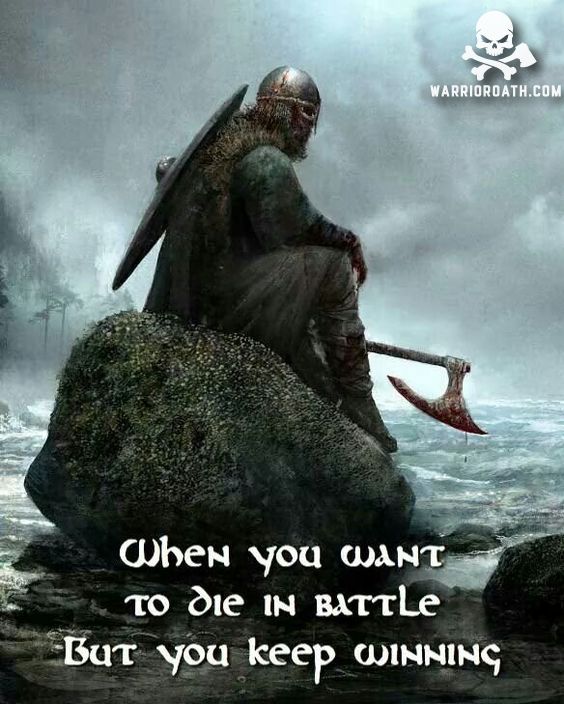 I would probably submit this belief in Valhalla was the main motivation for Viking expansion right along side a growing population that need to emigrate.  The second sons and following that were not going to inherit anything from their fathers. So they boarded a viking ship to seek their fortune; but as a back up plan if the died in battle, the earned Valhalla. That said, there were probably some who were seeking Valhalla and its pleasures more than a better life in this world. 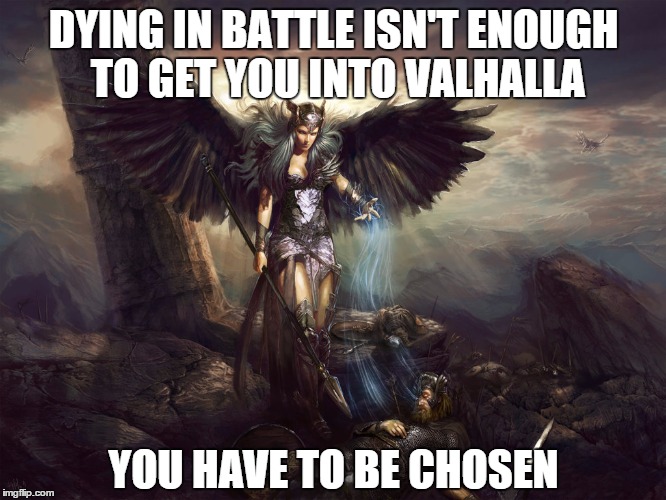 As a person who has studied religion and faith and the affects of the same on the human psyche, I can tell you what a person believes about the afterlife greatly affects not only how they face their death, but how they live their life. The Vikings seem to have this two-fold nature.  One is to live bravely and virtuously as possible so no matter what death they might face, they will be welcomed to Valhalla, but at the same time they seek a glorious end to guarantee Valhalla. It isn’t enough to die in battle, you also have to be deemed worth by the life you lived up to your death and how you died in battle. For myself, I am not too sure about Valhalla.  As a Deist most religions, including the Norse religion are subject to skepticism. That said, I cannot deny that belief in the afterlife in general is a powerful motivator.  It has a way of giving meaning to life and depending on how one achieves the best in the afterlife, it will affect how one lives.  For the Viking Warrior, it would have driven him to courage. When you board a ship and go to an unknown land to fight a battle, you need a lot of courage. In this culture a brave man was far more valued than any other kind. The beliefs surrounding Valhalla demonstrate this probably better than any other part of their culture.