I said for a long time that if I wasn’t a Christian I would be a Deist, because it is the most rational position because of the ignorance of mankind. We don’t know a lot of things, so to maintain that there might be a Divine power out there is simply a rational statement.  It’s possible and even atheists admit this. Most atheists aren’t screaming into the microphone that people who believe in the divine are stupid, they just maintain that they don’t believe in a divine power themselves.  They also like Laurence Krauss above admit that we are ignorant, so we can’t dismiss the possibility. Epistemologically, we are all in a sense agnostics except the religious who apparently think they have it all figured out.

I know a lot of my friends are worried because I am not a Christian anymore.  I even had my counselor ask if I had renounced Christ. I almost laughed because if my salvation or damnation depends on my saying or not saying words, then I am sure that’s more pivotal rather than living your life with virtue in mind?  Your actions can be totally evil, but as long as you don’t renounce Christ, you are good to go to heaven? I am sure someone will eventually say to me “I love you and I just don’t want to see you in hell.”  Did you ever ask yourself the question: Why should he or I go to hell in the first place and is that justice?  More on that later in Odin’s Eye in weeks to come. 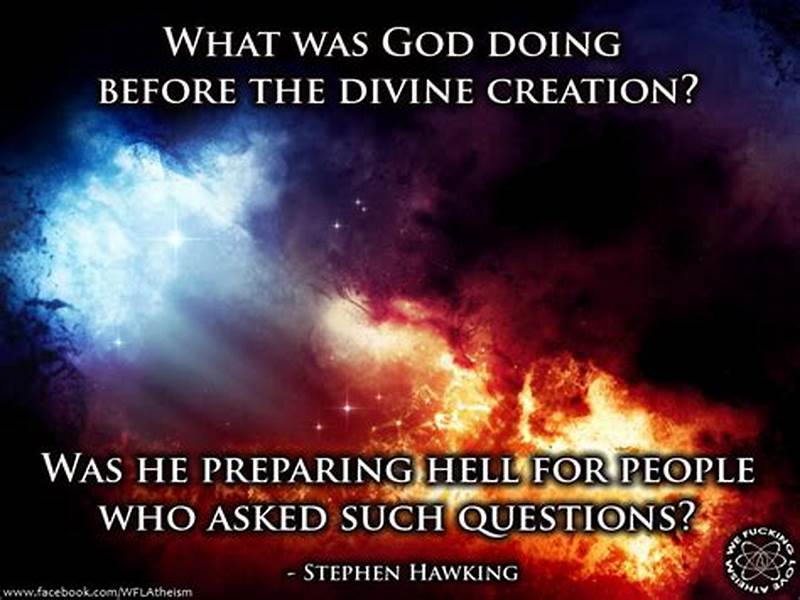 As a deist I can have faith in a creator, in the divine. I can’t really say what that divine power is however.  What this means is I also don’t know what the divine’s actual expectations are.  What I am left with is to engage a lot of reason with my faith and that my friends is a far more powerful combination than religion and faith.

As far as I can tell all religions are man-made and their holy books are written by men.  I cannot completely dismiss that those men might have been honest and genuine in their intentions.  I also cannot deny for sure that they may not have encountered the divine power that actually exists.  What I might say is that they all interpreted those things in the light of their preconceived religious world view. Casting those experiences in something they already understood and then adding their own opinions and spin to it.

As a deist, I really am no longer religious.  I am however still spiritual in some regards.  I take however as the deist axiom that ‘God gave us reason not religion’. I can still reason about the divine.  I just don’t have to deal with the mucky muck of trying to figure out special revelation or revealed religion.  I am left with creation to tell me through engaging it with my reason, what the divine might be like.  I could make mistakes in judgment, but the one thing I am no longer doing in my theology is accepting as final arbiter someone else’s opinion about God like it is fact that cannot be questioned.  That includes Paul, Moses and Muhammad.

I think religions tap into spirituality and that is why they exist, but also it is why they all will work in this regard.  You can also be spiritual without them.  Meditation for instance has been rationally explored and the reason it works is that it is basically a human being learning to calm down, think and be at peace. It’s why even as a deist I can be spiritual but it is far more me trying to find my way in this world, than understanding the divine.

I have heard deism is the a logical progress which ends in atheism.  I am not sure that is true and the whole logical progression/evolution of religion thing has never appealed to me as genuine or always true.  I really don’t find atheism to be rational at this point given the colossal ignorance of mankind.  At the same time I get it. I don’t bear the atheist any ill will because I do understand why someone would follow that path.

For me the path is deism for while I think.  I can have a faith that is rational taking into account my own ignorance.  I don’t have to be religious to be spiritual in truth. Theology is a little more difficult but still possible.  I guess I just need to see where the path ultimately takes me.