Of course with this COVID-19 thing going on maybe you can just blow that kiss from a distance.  Unless you are an Irish lass with red hair and then I will risk it. 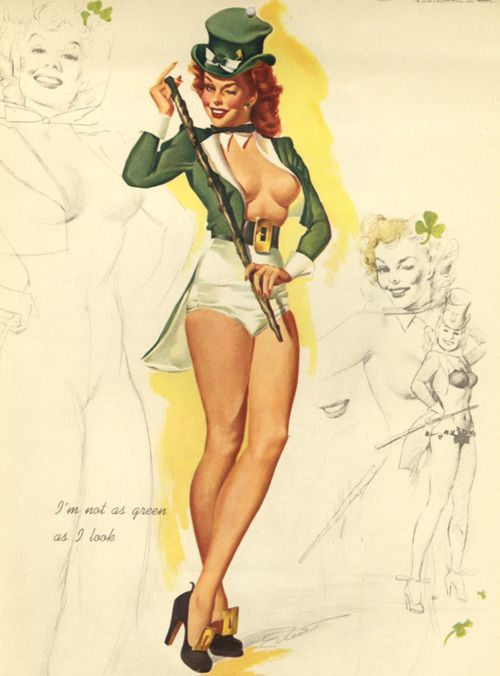 I am planning on giving a full reveal tomorrow of my heritage base on my DNA results for my Birthday post but this week is really going to be a lot of meditation posts on my goals and just some shitposting of things I need to get done this week for my birthday. For today – St. Patrick’s Day – I will reveal there is Irish blood in my veins.  Not a lot mind you but some and I know this is from my maternal grandfather’s side and the Nagle family.  Between this my Scottish ancestry it comes to 4% combined and that means I can sit down with any red-haired lass who is Irish, drink green beer, and get that kiss. 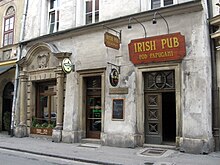 At least I would if there was any bar open today or pub.  COVID-19 being an asshole again.  I guess I will have to reserve said kiss until next year when this shit is over. Tomorrow will reveal the rest of my genetic heritage for my Birthday post, until then.

March 20-21st is the Festival of Ostara, the Spring goddess.  She is Germanic but not much else is known about her. In Viking Culture Spring is also associated with Freya and Thor, both divine beings of fertility, and that is exactly what most of this festival is about. It is about renewal, fertility and rejoicing about the end of winter and the beginning of the Summer half of the year.

If the name Ostara seems slightly familiar, it is because its other spelling is Eostre, which after the Christians get a hold of it becomes – Easter. Even some of the Easter traditions are based on the pagan ones.  Most notably egg coloring and hiding and then letting children go seek them.  Flowers, rabbits an other spring symbols are here as well.  The rabbit is used because it is the animal that is often most associated with spring as it is often the first animal you see, and for its fertility. Hibernating animals also get a look as well, as they come out of their sleep.

The festival has a lot of traditions involving children during the day and adults at night.  The various sources I read seem to skirt around the night time rituals of the adults, which kind of indicates fertility rites are probably present. That’s sex and a lot of it . Not surprising, as at this time in a lot of pagan mythologies, the sun or storm god has sex with an earth or nature goddess and she conceives to give birth at the end of harvest. Love making takes place a lot during this festival.

I mention St’ Patrick’s day because there is also a lot of pagan elements in it.  In fact I would say historically this is when the Christian powers that be figured out that by adopting pagans symbols and traditions they could get more conversions.  Or they could justify wiping out the pagan elements, they wanted out and keeping stuff that supported their viewpoint.  The Celtic Cross is very much a part of this combining sun worship with the cross.

Irish Pagans view of this varies, Some mourn the day because it marks the persecution of Irish pagans where they were driven out, killed or went underground.  Others see it as a time to say ‘I will celebrate the day pagan style’.  The big thing is the mythology that St. Patrick drove out all the snakes from Ireland.  It is kind of like the tall tale that Paul Bunyan logged off North and South Dakota and that why there are no trees. There were no snakes in Ireland in the first place and there were no trees in ND and SD either.  The only holidays in my opinion that is more ironically a combination of pagan and Christian ideas is probably Easter and Christmas.

I have faith that nature will do her thing.  I mean do I look at the Spring as a goddess – no.  I believe in science, so there are natural forces at work.  That said, I don’t think a holiday celebrating the end of winter and the beginning of summer is a bad one.  It has a positive mental aspect to it.  I suffer from mild depression that turns pretty dark at times in the winter, Spring begins to overcome that. I start my walks and getting outside again and that is something that builds my heart and mind, as well as my body.

This time of year also marks the contention between Christianity and Paganism in Europe which spread to the United States. Like it or not this contention has led to a lot of heartache, persecution and war. I would also say the problems have largely come from Christians, Paganism has no ‘correct’ way of being a pagan.  No, dogma or religious order to force on others. For that you need to turn to the Abrahamic religions.  They are the ones with missionaries and zealots who have to ‘convert’ people to their faith by any means necessary.  St. Patrick’s Day is probably a sore spot for Irish people for this reason.

A theology of renewal and fertility is something that as a Deist and Pagan, I can look at with a smile.  In Christianity, sex is given a feeling of being dirty or a necessary evil.  Not so in pagan ‘theology’.  Sex is something good, loving and a necessary good for the purpose of enjoyment and fertility. It is a stark contrast. I would say when you see a religion or theology trying to control or direct your thoughts about sex or your money, you have cult behavior.  Yes, I would say Christianity is loaded with this cult behavior, as well as almost every religion I know. Paganism seek to control neither, and so what many Christians consider ‘cultish’ is actually the furthest from it.

I must say that I gain a lot of spirituality from some of the concepts behind the idea of renewal.  I can’t wait to get out walking again this spring.  There is a renewal of my spirit that comes with it. I would also say that sexuality and sex itself has a spiritual good side that I resonate with the pagans far more than the Christians.  Making love to my wife from my side of things is one of the most spiritually good and wonderful things I know.   I don’t look at it as dirty or sinful at all.  Now even more so, it is an expression of pure joy and love to me.  Ostara is something that reminds me of that as well.

I like to be reminded of things that are important. Spring is important for not only its time of planting seeds and cleaning, but for its spiritual side of renewal of the soul and life.  It is important to remind ourselves of the joys of sex and sexuality and their results -children. There is something here that reminds one of taking a good cleansing breath, feeling your mind and heart open up and feeling right with the world.  Of taking your lover’s hand and walking to a place of lovemaking and spending time not only having sex, but also renewing your relationship and starting anew with new dreams for the year ahead. I like it, it feels good.