As I head into the holiday season, I am a little more pressed for time these days so my more serious discussions here in Freya’s Chambers are going to give way to a more lighthearted look at sex and sexuality with the festive nature of the holiday. I will probably do a more serious discussion of Playboy as both a shaper of sexual discussion and Hugh Hefner’s legacy someday.  I mean it had a lot of influence on my thoughts as a teen and young adult male.  In truth though probably the magazine gets its props for 1) Gorgeous women in the buff, 2) Some interviews that were groundbreaking and 3) Its art including the cartoons which made a lighthearted jab at sexual mores, sexual culture, and hypocrisy.  For me the cartoons were not just entertainment, they had a message of pointing out how traditional views on sexuality were not normal but forced.  Humor has a way of doing that. 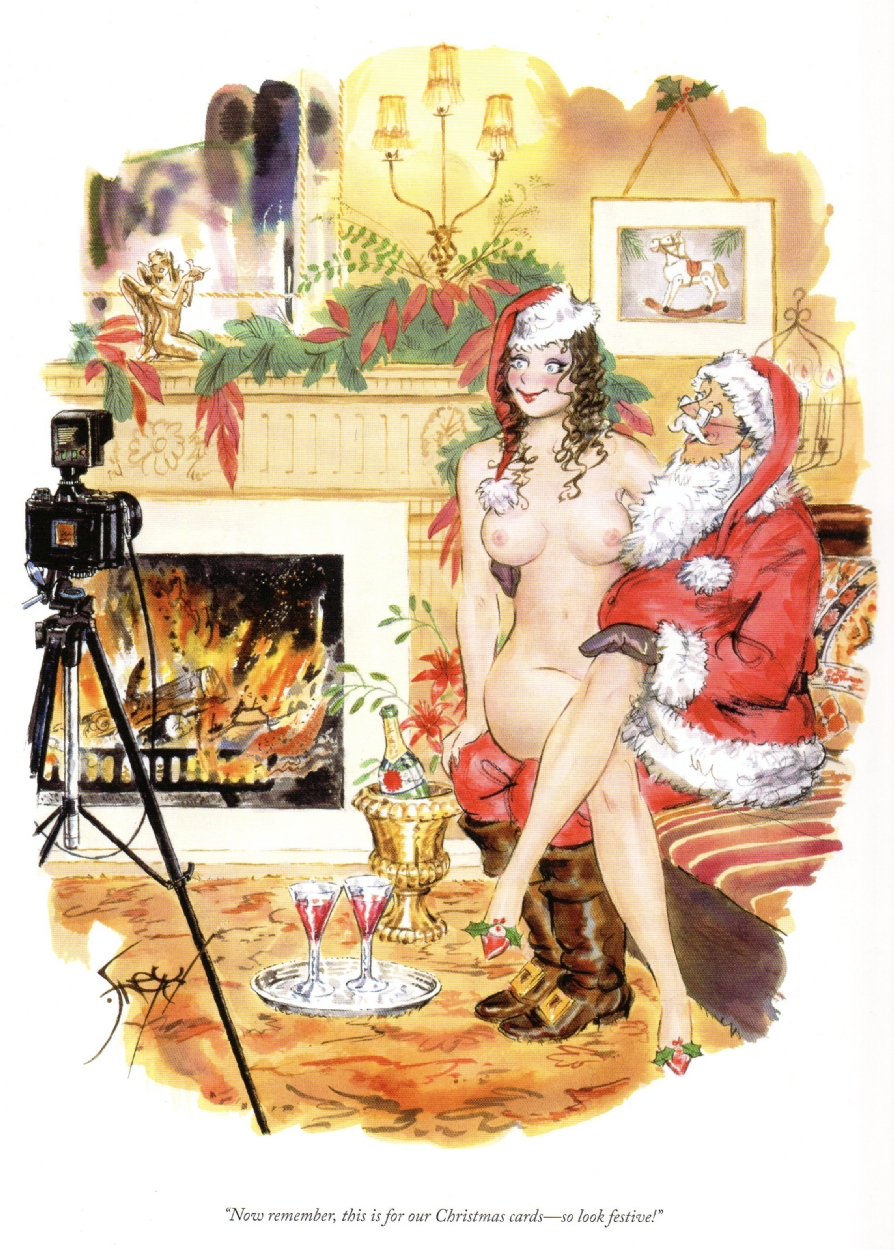 Of course, culture changes so at first playboy cartoons poked at the notion that everyone was celibate and waiting for marriage for sex.  The sexual revolution of the 1960s and 1970s was largely spawned by effective birth control and if I may be very bold magazines like Playboy who made fun of the notion that women, in particular, were sweet innocent things that just wanted a good husband when it came to sex.  As research came in, it became clear that women liked to fuck just as much as men.  The only difference was they had to worry about pregnancy and stigma more.

Cartoons back then were an avenue of using humor to point this out and Playboy’s cartoons were legendary for doing just that.  One of the ideas was that women didn’t need as much coxing to engage in casual sex as people thought and that their appetite was not as high as men.  Playboy tried to shatter that with a lot of forms but their cartoons often had women having sexual desire and the guy was about to get a gift from them – a sexual encounter with them.

During Christmas, of course, this idea of gifts and traditions was employed as a central theme and the idea of women presenting themselves as gifts to men is present,  I am fairly sure I remember Hugh himself saying in response to the early politically correct crowd that was critical of his objectification of women something to the effect of “women will always be objects of desire to men, that’s how babies are made” or something similar. I am not sure what his psychological knowledge was but he read every interview with every playmate and all of them pointed out what they wanted in a man and many of them engaged the sex questions with responses that would have caused a ‘good girl’ to blush.

Looking back at the playboys under my bed as a teen, I would say the Christmas ones were my favorite.  Now I would say they were fond memories of the festive and fun part of the holidays that was sensual. There is playfully sexual side to this holiday and playboy through their cartoons saught to point that out.