I am going to talk about modern Halloween and why it is now my favorite holiday.  Mostly it is because for a long time I was told as a Christian that it was satanic or full of witchcraft.  It is a Wiccan holiday in its original form but also pretty basically pagan as well.  Much fo what we see is hold over symbols from a bygone age that survive in large part because it is a fun holiday.

In the United States, the retail business has realized something – it is the second most money grossing holiday of the year.  Literally, second only to Christmas now.  Easter has fallen to third and Valentine’s fourth. It has become more than a holiday for kids trick or treating.   Adults here have very adult Halloween parties without the kids.  I mean you are dressed up as something else and often people cannot tell who you are if you do it right.  Add alcohol, candy, and sensuality and you get the modern American US Halloween.

Most 0f the pagan roots of this holiday are lost and that is probably, on the one hand, Ok and on the other hand. something for those of us that like to dig deeper is missing.

Oh, yeah I am using the pin-up girls again for this one. This time though vintage classic ones that I love.  It’s not very politically correct, but 1) it’s Halloween and 2) I don’t give a fuck what the language-thought nazis say.

I am going to deal with the more Wiccan holiday of Samhain in this one that is now modern Halloween.  This is actually the biggest festival of the Wiccan calendar and thus most celebrated.  It’s opposite number and Spring festival is Beltane.  You might say these two festivals bookend Summer and Winter.  A festival of the dead, spirits and thus full of the familiar phrase – trick or treat. This reflects their appeasement of those prankster spirits and thus have them pass over your place.  The Jack-o-Lanterns and many other customs reflect this.

I don’t believe in the supernatural but I find the whole holiday interesting because it is such a quilt work of different pagan traditions that it is fun to guess where which tradition came from and how it came to be.  I have faith this is a fun and interesting holiday. 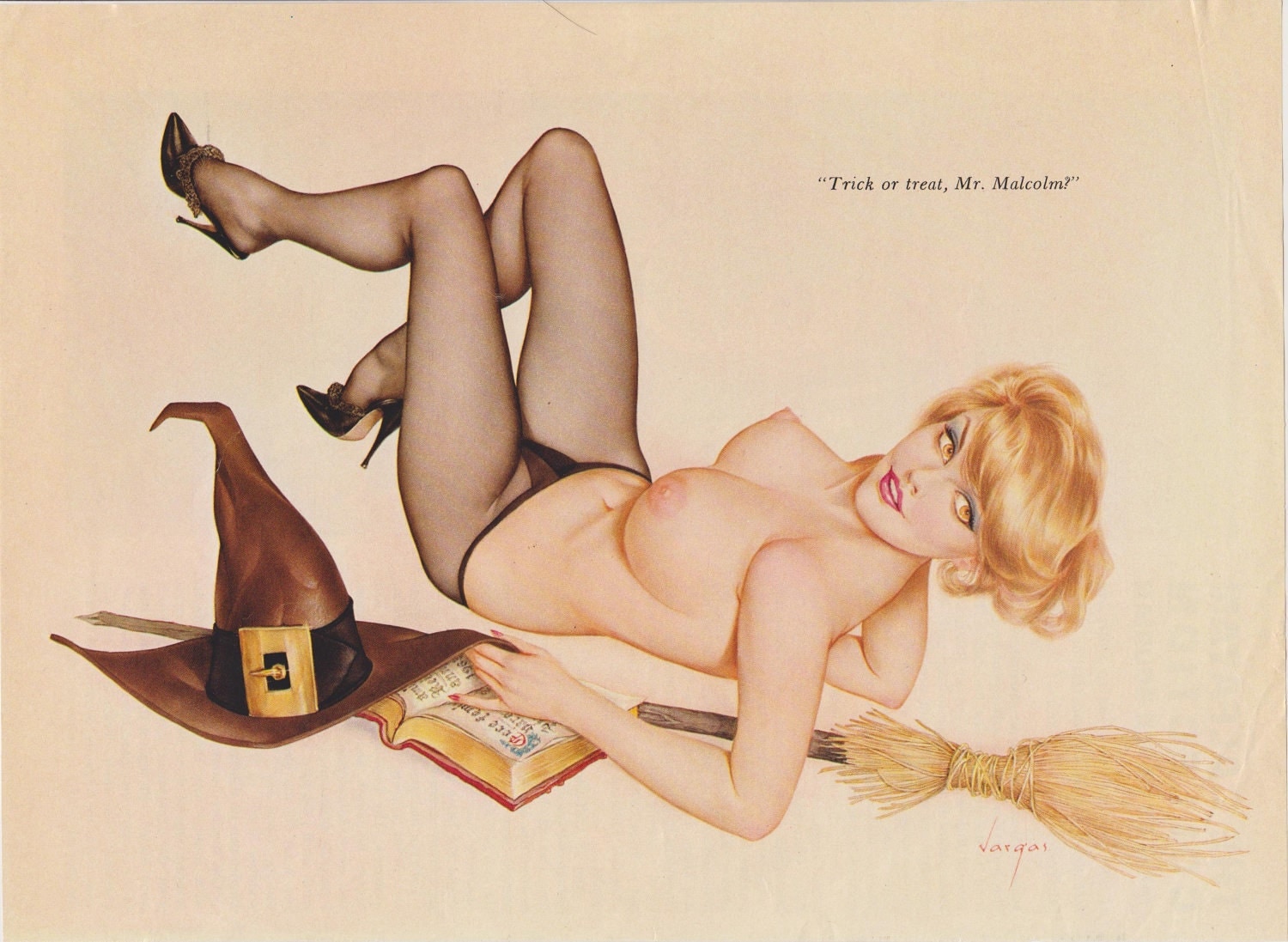 Like  Beltaine, I feel that this holiday reflects the very human need to blow off steam.  We can’t be good all the time and sometimes you just need to go and be a little naughty and mischevious.  Beltane is perfect for this and Halloween even more so. My meditations on human nature simply lead me to think that people need to stop being so good for a couple days a year and Halloween is one of those days.

Growing up this was Satan’s holiday. We didn’t participate or were told not to.  my father this was bullshit, Chrisitan though he was.  He was the one that told me that there is a great deal of difference between what something was and what it is.  He felt what Halloween is now was more about having a good time and in some respect connecting with your neighbors.

Of course, the average Wiccan doesn’t believe in or worship Satan any more than they do the Chrisitan god.  But people have a way of trying to make you inferior for a stupid reason like they don’t do holidays like this while you do; so you are morally less than them.  Got sick of this shitty theology long before I left Christianity.

I do find the idea of appeasing the spirits to be an interesting spiritual concept in paganism. The one area of Norse mythology that is rich but extremely complicated so I don’t address it is the whole issue of earth spirits, elves, and dark elves.  It would be a fascinating study and probably relates to Winternights and Halloween a lot. I just look at it with awe as to how complicated it seems.

For myself, the connection with the past, the spending time with people as a community celebrating something is enough.  It is these connections and having fun with them that denote my ‘spirituality’.

Why do I like this holiday so much?  Because of all the holidays in the US calendar, it has nothing to do with God, Christianity, Patriotism, or anything like them.  It remains truly pagan despite Christianity making November 1st All Saints Day.  Halloween gives November 1st the middle finger and that just makes me smile.

I also like the grey side to Halloween – the naughty side to it.  It gives new meaning to the words – ‘trick or treats?’ and that is very Ok with me. Just remember sometimes the answer to that question is – yes.