This is as mysterious and beautiful as a beautiful naked woman in the moonlight. 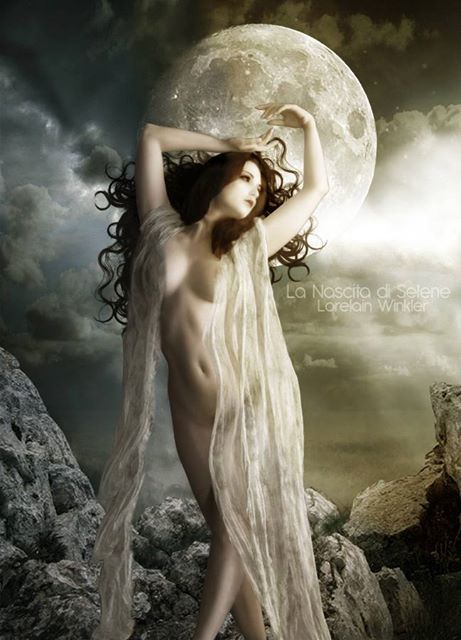 It is hard to say when the first pagans reached out with their inherent spirituality to try to understand the spiritual world around them. It is known that in roughly 9000 BC as the Ice Age was receding, the first peoples walked into Scandinavia. Basically a hunter and gatherer culture. They revered the nature that was around them and respected it for the wild and untamed thing it was.  In discussions on the belief of Giants, the idea that the giants were big monstrosities is debated.  What is not debated is that they represented powerful forces of nature – Storm, Hills, Fire, Ice, etc. It is clear these early people respected them – and feared them.

Resources were abundant so hunting, and fishing and gathering continued for some time before agriculture set in. Ancestor worship started in the whole of the Germanic areas of the world. Respect for those who had paved the way and also spirits of nature were worshiped depending on where people were. As they became more sedentary with agriculture, long term relationships with nature spirits developed and more formal worship practices developed as people had more time because of agriculture.

It is this dual purpose in paganism that you see throughout all of them.  Respect for the power of the forces of nature on the one hand and yet respect also for the legacy of ancestors who learned to tame those forces and bend them ever so slightly for the will of man. It is this last part that leads I think to the creation of the gods and goddesses. Reveared ancestors go from local hero to legend to diety. It makes me wonder sometimes who the real Odin was.

For myself, I can respect the lessons here. Up here in the north, if you don’t respect the power of a blizzard, they will find your corpse frozen in the morning.  Every year, I am reminded of the power of nature in the southern states as Hurricane season hits. At the same time, I can respect the foundation of the past and build on it knowing that men and women of old carved out human existence with their bare hands and have handed their legacy to me at this time.  Someday I will hand it off to the future. In both cases, one cannot be anything but humbled.

Truth is a difficult concept for some. I don’t hang around them.