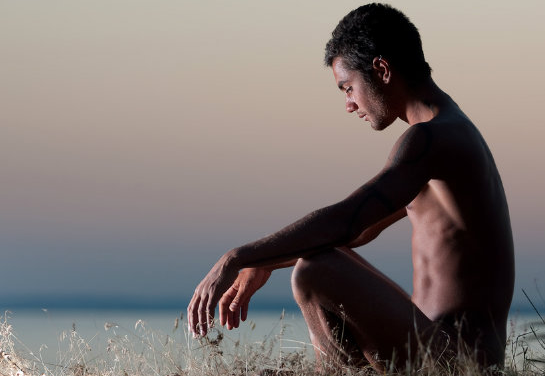 In the Last Rabyd Skald, I basically stated that I needed to probably do some meditations on who I am.  It is a question I have not been avoiding but struggling with since my departure from my former role as minister and Christian.  I would say the Chrisitan part being replaced by “Deistic Humanistic Pagan” has been pretty solid and that identity has not been hard to grab ahold of so much as the implications of that change are still something I am coming to terms with on a daily basis.  The real problem is my role as minister being replaced by what?

For a while, I have had this idea of being a business person of some sort and being a writer on the side.  It is a practical choice because money is a real thing that you need to live life. I also have to deal with the fact the ministry has left me broke and without any retirement to speak of, so there is a need to make some money to make up for that. But that is a rational decision and to be blunt only listens to one of my ravens – Reason.  What about Wisdom? It also brings up the question of will my wolves be satisfied with such a role? Will I truly be getting what I need or want?

So my meditations have turned inward.  What is the call of my heart and what is the course that is wisest as far as encompassing my whole being?

I have to give a shout out to a fellow blogger from the other side of the world (the internet is an amazing place isn’t it) who on my last post on this issue wrote that perhaps I should simply ask the universe and wait to see what happens. You can check her out at Myst Nokomis.  I know I have found her observations interesting and at times inspiring. She is actually a blogger that I read regularly.

My conception of what she said in my mind is a little different but I get what she means and so I said to myself.  “Perhaps it is time to just silence myself in meditation and listen.”

Oddly enough the first thought that struck me is one word “Writer”.  Now the trick to being open in meditation is not to recoil at the thoughts that come to mind.  I have often said I am a writer but I have always placed it secondary to what other things I am pursuing.  The thought I had in that meditation session was that perhaps I have this backward.  That ultimately I am a writer first and something else second to pay the bills.  That what I should be focusing on is my writing and then focussing on an occupation that is complementary to that. Something that harmonizes with being a writer, not making my writing harmonize with something else.  Writing becoming the melody of my life and what other things I do becoming harmony to use a musical analogy.

I think I might be on to something as this feeds my wolves and it seems a wiser course of action.  It still has rationality to it, because if end up doing something I hate, I will not make progress in it. Writing has always been a love and something I do to express myself fully.  People who meet me personally, never get the full story as I pull back into myself.  I have trust issues born from painful experiences.  When I write, that inhibition leaves. Like all INFJs it is my artistic/non-verbal way of expressing myself that is true.

The main issue then is to be about the business of being a writer and that involves a few things but most notably setting aside times to write above and beyond the blogging that are substantial  Like at least an hour or two a day. I guess what I should start to get in my mind is writing on this blog is kind of my writing warm-up.  Then its time to be working on some projects for publication.

I have long mentioned I am a big fan of the science fiction author Robert A. Heinlein.  In the book Grumbles from the Grave, a letter where he answered the question of why he wrote is preserved.  His three-fold answer was:

As I have meditated on this over the years in think he had the right of it.  The first priority of a writer is how to support himself and his family by writing, the other two are means to that because if no one likes what you write then they won’t buy it.  If they buy what you write you won’t really be impactful unless you throw something in that makes people think, it leads to long-term success.  This is the right priority, any other way is just high minded idealism that won’t amount to much in all three categories.

This change will require more meditation, but I think I am on the right path, it certain resonates with my wolves and ravens philosophy; better than some career, then a writing career as secondary.  I think this needs to be switched and then I can look at my identity from the proper perspective.

Just a blog note to end things: there will be a post later today for my serial: Space Tramp, but I might be doing these meditation posts in place of journal posts this week.  My identity has become an important issue and I want to make sure I get this right.  So you might see two posts today, Odin’s Day and Frigg and Freya’s Day.  One a post like this at 10 am and the other some fiction writing at 4 pm. At least for this week.